Founded in 1997, the State Symphony of Russia embarks on an eight-week tour of the U.S. The orchestra quickly won the reputation as one of the best coming from Russia and plays with the finest soloists throughout the world.

Conducted by maestro Vladimir Lande, who is also artistic director of the Siberian State Symphony and music director and conductor for the Washington soloists Chamber orchestra and COSMOC. He records for Naxos. Tchaikovsky program. 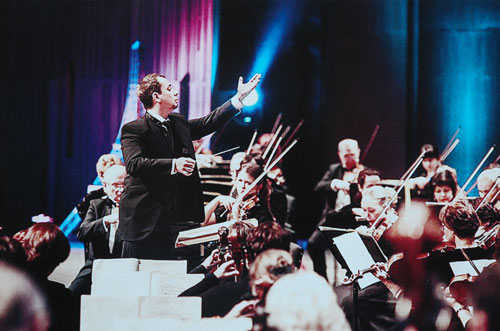 Founded in 1977, the orchestra quickly won a reputation as one of the best orchestras from Russia. The orchestra plays with the finest Russian soloists and plays the great Russian classics throughout Russia and the world. In 2015 Maestro Lande became its Artistic Director. The orchestra has numerous recordings with Naxos. Its regional mission is to act as educators in the Region of Siberia.