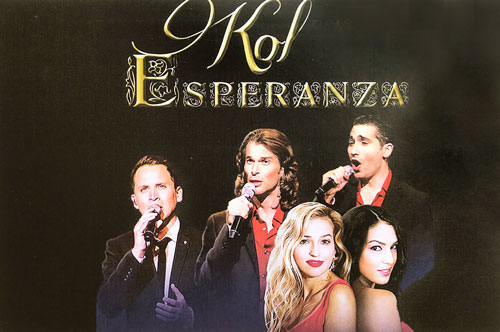 Kol Esperanza, a new young operatic pop trio, was formed as a collaboration between Jaled USA and CPA.

The group was founded as a power-vocal group to perform classical songs, opera great hits, standards, Broadway hits and music that can bridge different generations and audiences around the world.

Nimrod, Nadav and Omer joined forces under the direction of musical director Tomer, working on a rich concert program.

The group started performing on 2014 and are expected to go on tour worldwide. At the same time the group is working on releasing their first album and DVD.