The Temptations Review with Nate Evans

Fine-tuned choreography and finer harmonies, the Temptations became the definitive voice group of the 1960s. One of Motown's best, they tackled lush pop and politically charged funk and were significant in the evolution of R&B and Soul. Lead singer Rock & Roll inductee Evans, only recognized original member who heads up a tribute that exemplifies their integrity. "My Girl," "Papa Was a Rollin' Stone." 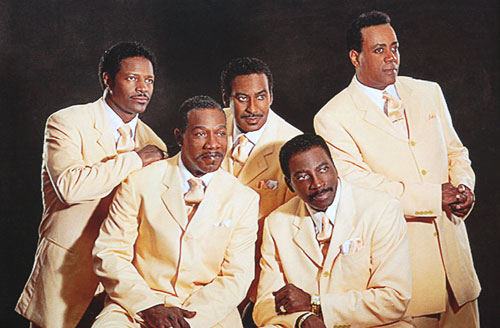 With the passing of Dennis Edwards [d. 2/1/18], Nate Evans, with his Temptations Tribute, is the ONLY RECOGNIZED ORIGINAL TEMPTATIONS member in the world, besides Otis Williams, who heads up a tribute group that exemplifies the integrity of the original Temptations music, dance moves and style!

Following the death of David Ruffin, Dennis Edwards and Eddie Kendricks began touring as "The Temptations", still with David Sea and Nate Evans, and bringing in another former Temptation, Damon Harris.

When five men took the stage nearly 40 years ago their stunning harmonies and tight choreography combined with excellent leads to create a legend. The Temptations made musical history with their string of fabulous pop and funk hits in the sixties and seventies, and managed to weather a steady stream of changes in personnel and consumer tastes to be able to continue the history.

The Temptations started performing on bus tours called The Motor Town Revues that criss-crossed the country and drew scattered crowds. But those crowds became larger and larger until there was a legion of dedicated fans. The Temptations, working first with Smokey Robinson and then with others, scored hits like “My Girl,” The Way You Do The Things You Do,” “Get Ready,” and “Ain’t to Proud to Beg.” As trends began to change, so did The Temptations, thus bringing about a string of politically charged songs like “Cloud Nine,” and “Ball of Confusion.”